As of 2014, Cristália’s portfolio of Hospital products carry the bidimensional code Datamatrix, making the distribution and traceability of drugs easier, and improving hospital pharmacies’ efficiency. That’s another innovation pioneered by the company.

Technologically one step ahead


The need to have packages that provide unitarized doses to meet every patient’s needs and to enable an easier distribution and internal traceability of drugs, led hospitals to invest in personnel, systems, and equipment (such as label printers) to fraction drug doses in their own pharmacies.

To solve this problem, since 2014, Cristália’s Hospital products are being marketed bearing the 2D Datamatrix code on their primary packages (directly onto the product).

Datamatrix assures safe unitarization of doses, and is present in 100% of Cristália’s products. It was developed as a complement to government resolution (RDC 71), which sets forth the requirement of dose unitarization for hospitals. Cristália noticed that unitarization only would not meet hospitals’ needs, and so implemented an additional tracking system (Datamatrix). 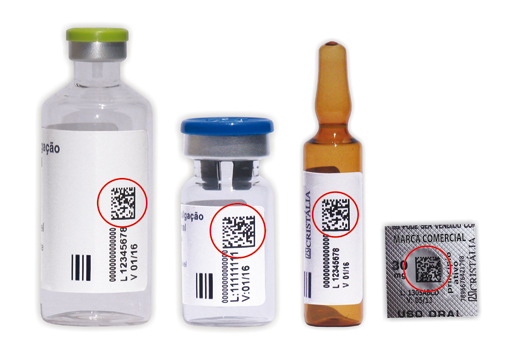 The company also implemented specific hardware and software to print the 2D Datamatrix codes on each Cristália fractioned unit, regardless of how it is supplied (as oral dose, injection, cream, ointment).

As a result of this incremental innovation, Cristália has been recognized at the 20th GS1 Automation Prize, an event occurring on a yearly basis, to recognize best performing companies, in addition to those that have invested in innovative process automation projects, following GS1 technology standards.

Driven by RDC 54/2013 by ANVISA, traceability rules involving the various links of this chain (manufacturers, suppliers, distributors, carriers, buyers, and consumers) have been discussed, but not defined.

That lack of definition led hospitals to take measures to minimize drug administration errors, since many steps are part of this process: proper identification, prescription, distribution, dispensing, monitoring, and use, assembling true production lines of unitarized doses, which led to increased equipment and personnel costs to execute

The science behind Datamatrix was defined by RDC 54, published in December/ 2013, as a technology designed to electronically capture, store, and send data required for medical products tracking in Brazil.

Companies holding drug registrations were responsible for including a bar code on secondary packages. The deadline to fulfill the requirements of the resolution would be three years as of the publication of the RDC.

Cristália’s innovative DNA and focus on Hospital segment added to its speed and ability to execute allowed the company to meet, in a short amount of time, all described requirements, exceeding Brazilian hospitals’ expectations for having included the Datamatrix code on its primary packages.

Our innovations have technological differentials that support effectiveness and safety, resulting in better therapeutic effect to the whole healthcare chain in Brazil.