Social Responsibility is present in one of Cristália's Ethics principle; therefore, the company is committed to actively contribute to the development of the communities around it by fostering citizenship, culture, education, healthcare, and sports by investing its own resources in internal volunteering campaigns and leveraging tax incentive laws.

Reward and Commitment to Communities

In its continuous commitment with the communities around Cristália, the company supports several entities focusing activities including social inclusion, healthcare, education, culture and sports, benefitting thousands of people. Among the tens of entities that are benefitted every year is the Mercy Hospital at Itapira, where over 3 thousand people from Itapira are served every month, and CAHEK – Casa dos Amigos Helen Keller, where visually impaired Itapira citizens of all ages are supported. 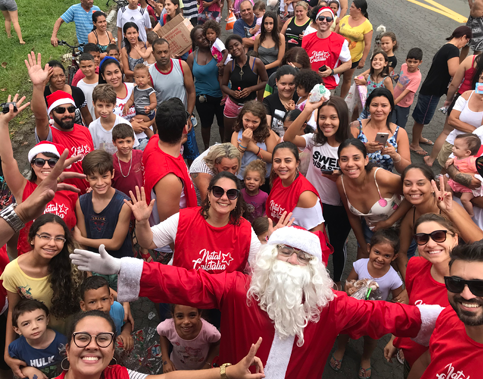 Several different donation campaigns are conducted and also involve our colleagues to the benefit of the communities around the company. Some of these campaigns involve Winter Clothing, Food Donations, and the 'Magic Toy', which gives toys to thousands of children for Christmas.

The company also donates, on a regular basis, computer hardware and furniture to serve various institutions and communities.

"Having Cristália and its colleagues participating and engaging in our campaigns and activities is highly significant, because it brings a much needed support to our community. This important partnership is continuously strengthened and evidences Cristália's high level of engagement in social causes". Sandra Germano, President of Itapira's Social Support Fund.

Transforming lives by fostering and encouraging education also means to take care of people, which is our core mission. Therefore, every year, Cristália donates supplies to elementary school children in the city of Itapira, SP, benefitting more than 5,200 students in daycares, pre-schools, and elementary schools with pedagogic activities.

Among the social activities supported by the company is the donation of drugs for surgical procedures and therapies to humanitarian missions conducted by Operação Sorriso, Expedicionários da Saúde (EDS), and Projeto Amazônico de Oftalmologia Humanitária. Together, they have already made 1,400 surgeries, and over 11,000 individuals have been served this year.

Patients born with cleft lip and harelip experience difficult breathing, eating, drinking, and speaking. Operação Sorriso team is responsible for providing treatment to give back to these patients the confidence and the opportunity to live a normal life and show their happiness with a smile. 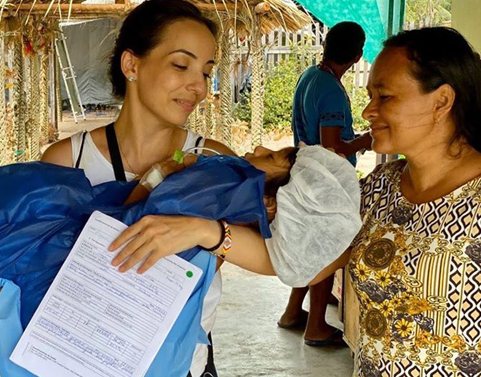 EDS has as its main purpose to bring medical and surgical services to populations living in distant geographies around Brazil's Legal Amazon. 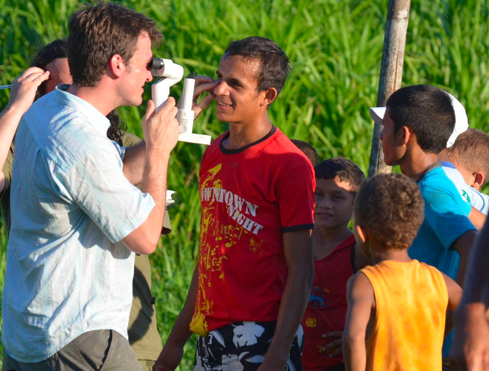 Since 2007, Cristália has been one of the strongest supporters of the socio-environmental project called "Criança e Preservação do Meio Ambiente, Responsabilidade da Gente" (or Children and Environment Preservation - an Everybody's Responsibility), at Casa da Criança de Itapira, which collects used cooking oil from the population of the city of Itapira for resale. All the money collected from the oil is allocated to initiatives intended to maintain the entity.

In addition to conduct internal campaigns for collecting oil and donating all the oil used in its industrial restaurants, Cristália supports the maintenance of the project in the city, with the sponsorship of educational theater sessions addressing the subject at schools and activities communicating the project, spreading the importance of those donations to the entity for meeting their resources generation needs or even by raising population's awareness about environment preservation.